The Spanish Club, La Liga has announced to contribute $217 million towards the welfare of the people that are connected to the sports industry over the next four years to support them and their family. Amid the coronavirus,  many sports clubs have gone uprooted, and many families are devastated. La Liga will be giving a total sum of 51 million Euros to the sports ministry every year. Further, it would contribute 58.7 million Euros to the Spanish Football Federation. The La Liga body officially released the statement on Tuesday.

The new agreement was made by an eight-hour-long discussion that was held between Javier Tebas, La Liga’s President and RFEF Head, Luis Rubiales. The two parties were over hung over a long dispute about the rules and regulations of the Spanish soccer.

There are dozens of sports clubs all around Spain that are poorly hit by the virus. Many of them had enacted wage cuts, and most of them are not able to pay even a single penny.  In this state of global emergency,  La Liga has declared to donate 3.3 million Euros per year o the non-professional players for the upcoming three seasons.

Currently, the country is under the state of complete lockdown. The condition is getting worse every day, and the total count of the victims has cross  2 Lacs. Spain has faced over 21,000 deaths due to coronavirus, and the numbers are increasing rapidly. This deadly virus has expanded its feet over the entire globe, and there is no cure yet.

“This agreement looks to help sport not just in these moments of the crisis provoked by Covid-19 but forever,” said the official statement released by the team of La Liga on Tuesday. 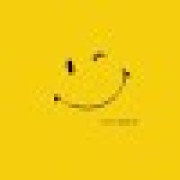 Cricket Australia finding jobs for laid off staff at supermarkets.

Rising from humble beginnings, you made India proud, writes PM to Dhoni

Cricket Australia finding jobs for laid off staff at supermarkets.

Former Australian coach speaks about the surgery that changed his life forever!