The Indian Youth Congress today launched a nationwide program in the name of “Ek Muthi Mitti Shaheedo Ke Naam” to pay true tribute to the martyrdom of farmers.

Indian Youth Congress activists at the province level, district level and rural level will be campaigning in the name of “Ek Muthi Mitti Shaheedo Ke Naam” to honour the martyrdom of more than 60 farmers who have died in the agitation that is being run continuously by the farmers to withdraw three black agricultural laws. IYC will also collect handful of soil from every district of the country, and then will bring it to the Indian Youth Congress National Office, New Delhi. Soil will also be brought from the villages and fields of the martyred farmers.

New Delhi, 09 January 2021: The President of Indian Youth Congress Srinivas BV while addressing the press conference in New Delhi said that over 60 farmers have martyred in the ongoing farmers agitation, but not even once Prime Minister Modi had gone to the dharna site. Farmers through non-violent and democratic means are agitating against the 3 black agricultural laws made by the central government, in this scorching cold.

He said : the police is mercilessly charging the farmers with tear gas shells and water canons being used injuring several of them, which unambiguously shows the dictatorial face of the government. IYC president BV Shriniwas said that PM Modi, who describes himself as a poor labourer, son of a farmer, worries about Washington’s democracy, but does not have the time to hear the voices of thousands of farmers sitting on dharna on a circle of just 10 kilometers from his residence. Criticizing the NDA government Shriniwas said that actually, this government has become dumb, deaf and dictator.

Giving the details about the IYC campaign ” EK MUTHI SHAHEEDON KE NAAM”, he added that a map of India will be made from the soil collected from the national campaign of Indian Youth Congress which will symbolise as a memorial signifying the imeasurable contribution of the farmers and would be a tribute from the Youth Congress in honour of our ANNDAATAAS representing out nation.

Krishna Allavaru , the National Joint Secretary of the Indian National Congress and In-charge of the Indian Youth Congress, said that the cruelty and the police brutality on the non-violent and democratic movement being carried out by elderly farmers, mothers and sisters and children in different places is an insult to the farming community of the country. It is not the culture of India as enshrined in our Constitution Allavaru added while addressing the press conference

He said that through this campaign, the workers of the Indian Youth Congress will be sent to the villages, from there they will collect a handful of soil and will also spread the message that the constitution has empowered the farmers to protect their rights through non violent means. No government can arbitrarily impose any law against them and against their will reiterated Allavaru.

HKrishna Allavaru , the national In-charge of Youth Congress said that the democracy and republic for which we fought for more than 200 years, the Modi government is humiliating it globally.

Deploring the three agricultural bills passed in Rajya Sabha without consulting the opposition MPs and making it a law against the wishes of the farmers of the country without bringing them into confidence Allavaru said Prime Minister Narendra Modi, who describes himself as the voice and leader of 135 crore people, is allegedly serving the interests of two corporate houses Ambani and Adani at the expense of the farming community.

The Indian Youth Congress demands that the three black laws should be withdrawn as soon as possible he further reiterated. 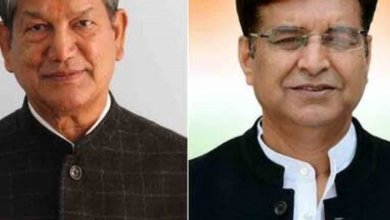 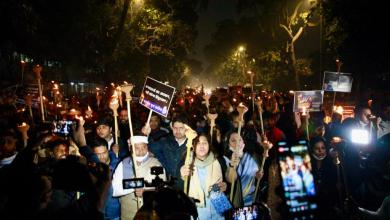 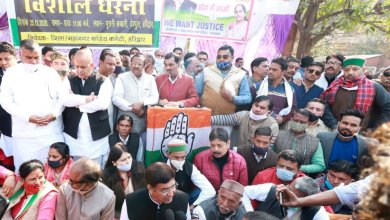