The elections of Uttarakhand are due for 2022 in the initial months, unambiguously indicating that all the major political parties viz Congress and BJP are leaving no stone unturned to strengthen their organisations and ensure that they reap maximum political outcome to form their respective governments.

While the main opposition Congress party has expedited its dharna, demonstration activities on significant local issues doing their best to defame the ruling BJP for incompetence, the BJP government led by its Chief minister Trivendra Rawat is desperately busy allocating massive budgets in various developmental schemes n projects by inaugurating them in order to impress the state’s annoyed electorates despite the hard fact that the hilly state’s fiscal deficit economy is in a terrible mess with a KARZ of more than 45 thousand crores. The Aam Admi Party in addition to Uttarakhand Kranti Dal too has vowed to contest on all the seventy seats for the very first time with its local leaders also tightening their belts to pose a direct challenge to both BJP n Congress who though are least worried of this party born in Delhi out of the movement against massive corruption generated by crusader against corruption Anna Hazaare.

As a sequel to his ongoing efforts of inaugurating ample developmental projects in various parts of Uttarakhand these days, the chief minister Trivendra Singh Rawat has today inaugurated several projects for the upgradation of Open University of Uttarakhand by allocating massive budget.

On 19 th February the Uttarakhand chief minister announced new schemes for Uttarakhand Mukt Vishwavidhalaya worth Rs. 26 crores 18 lakhs in Haldwani, Uttarakhand winning the hearts of the University management who had been demanding the fulfilment of these schemes since long.

Addressing a press conference in Haldwani the chief minister patted his government for launching various pro people schemes for the welfare of various sections of the society, especially women in enhancing their budget allocation in Delhi help groups under Ghasiyari empowerment scheme, giving women legal rights in patriarchal properties of their husband, giving water connections for just rupee one in villages and n the initial payment of Rs 100 in towns n cities of the state which earlier used to be Rs 6 thousand. He also shed light on the expeditious implementations of other welfare schemes as well especially upgradation of early warning systems etc to aware people in advance when natural disasters occur as was the case in 2013 n in Chamoli claiming thousands of lives then n about more than forty now with over 170 still missing. In addition Mr. Rawat also said that his government is extremely serious to complete the work of construction of Jamdhari Dam at the earliest in view of providing drinking water facilities n enhancing the ground water level that is depleting fast in the Trai Bhabar area, where the ecological disaster affected displaced villagers are to be rehabilitated. He added that the massive financial aid by Asian Development Bank is expected shortly in this regard. Chief minister Rawat also acquainted about the upgradation of Chaukhutia airport and granting the status of international airports to the airports of Dehradun and Pant Nagar n their subsequent upgradation, thanking prime minister Narendra Modi.

It may be recalled that in Uttarakhand AAM Admi Party has entered as a third political force with the Delhi deputy CM touring several parts of Uttarakhand including several visits at Dehradun challenging the present political dispensation of literally doing nothing for the upgradation of education and health sector in Uttarakhand. In the past too during the tenure of Harish Rawat and Vijay Bahuguna during 2016 n 2017 hundreds of inaugural stones were garlended before the announcement of state elections but not a single scheme was formalised and after the return of BJP government the same fashion of inaugurating new schemes is on the anvil. Sounds ironical that both Congress n BJP are on the same plank as far as the desperate announcements of various schemes are concerned especially when the elections reach near.

Increase in petrol, Diesal n gas prices have led to all round skyrocketing inflation breaking the people's back : India Youth Congress 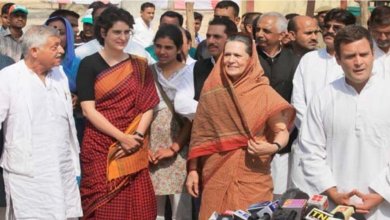